INSTRUCTION: Answer four (4) Questions in all


(1ai)
Chemical change is a permanent change and it cannot be easily reversed.

(1aii)
PHYSICAL CHANGE
(i) It is easily reversible.
(ii) New substance are not formed.
(iii) No change in mass.

CHEMICAL CHANGE
(i) It is not easily reversed.
(ii) New substance are formed.
(iii) The new substance always have different masses.

(2ai)
(Pick any two)
(i) The particles do not attract each other.
(ii) Gases are made up of molecules which are in constant motion.
(iii) The collision of the gas molecules are perfectly elastic.
(iv) The temperature of the gas is a measure of the average Kinetic energy of the gas particles.

Where R is the rate of diffusion of gas.
p is the vapour density of gas

(3ai)
Hard Water do not form ladder readily with soap. It is a water that contains a number of dissolved salts which include CaSO4, MgSO4 and Ca(HCO3)2

(3b)
ADVANTAGES
(Pick any 2)
(i) It tastes better than soft water due to presence of dissolved minerals in it.
(ii) Calcium salts present in it, when taken by animals help to build strong bones and teeth.
(iii) Helps in formation of shells in Snails and crab.

DISADVANTAGES
(Pick any 2)
(i) It wastes soap.
(ii) It causes furing in kettles and pipes.
(iii) It cannot be used in tanning and dyeing industries as Ca^2+ ions and Mg^2+ ions interfere in the process.

(3ci)
An ion Is any atom or group of atom which posses an electric charge.

(3cii)
Isotope is the existence or phenomenon whereby atom of the same element having the same atomic number but different mass number due to difference in the number of neutron present in those atom.

(4ciii)
(Pick any three)
(i) It has hard and brittle solid.
(ii) It readily dissolve in water.
(iii) It has high melting and boiling point.
(iv) It conducts electricity either in molten or aqeuous state.
(v) It is composed of ions in an orderly pattern to form crystal lattice.

(5ai)
Polymerization can be defined as the process in which relatively small molecules called monomers combine chemically to produce a very large chainline or network molecule called a polymer.

(5ci)
Saponification is a process that involves conversion of fat, oil or lipid into soap and alcohol by the action of heat in the presence of aqueous alkali.

(5cii)
Black Soap oe generally made from locally harvested African Plants such as plantain, cocoa pods, palm tree leaves and shea tree bark. The ingredients are sun-dried and roasted, which is how it gets its deep color.

PROCEDURE
(i) The skins and leaves from Bananas, plantains and the Shea nut tree are burnt into a potash.
(ii) Water is then added to the ash to create a dark liquid which creates a potassium hydroxide iye.
(iii) Finally, the resulting liquid is strained and filtered to remove impurities.
(iv) The mixture is stirred In a large vat and shea butter is added to the mix. This is the basic soap mixture. It is allowed to sit for a month for the ingredients to band and set into soap.

The 2020 ONDO STATE SS2 JOINT EXAM Government (Obj & Essay) Solution Expo Questions and Answer is around the corner. Here is the schedu... 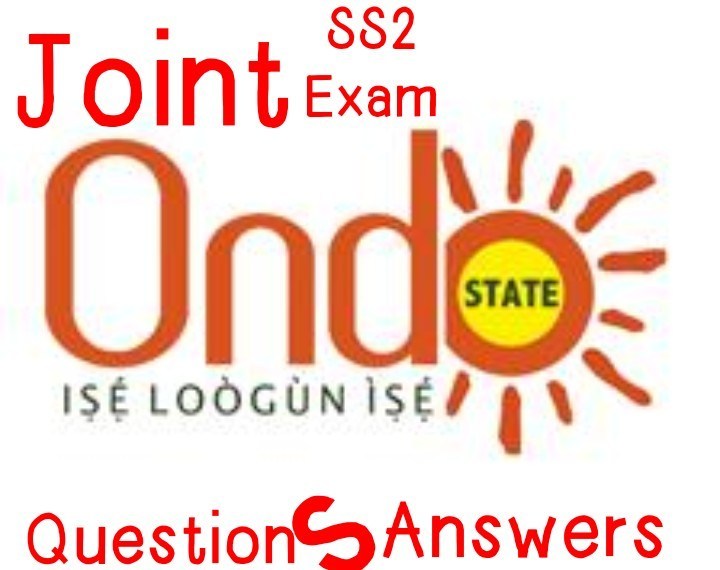